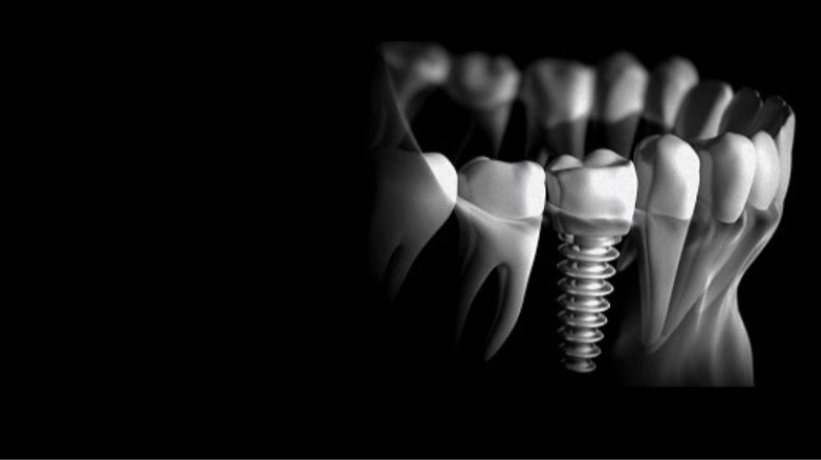 Dental implants or dental implants are the method of restoring missing or damaged teeth, with artificial ones, made of titanium. It is a method of choice whether one or more or even all teeth are missing. The method used in the doctor's office is the digitally computer guided surgical placement of implants which is the latest most up-to-date method of placing implants with absolutely precision and accuracy offering predictable results.

A dental implant (also known as an endosseous implant) is a prosthesis that interfaces with the bone of the jaw or skull to support a dental prosthesis such as a crown, bridge, denture, or facial prosthesis or to act as an orthodontic anchor. The basis for modern dental implants is a biologic process called osseointegration, in which materials such as titanium or zirconia form an intimate bond to bone. The implant fixture is first placed so that it is likely to osseointegrate, then a dental prosthetic is added. A variable amount of healing time is required for osseointegration before either the dental prosthetic (a tooth, bridge or denture) is attached to the implant or an abutment is placed which will hold a dental prosthetic/crown. (Wikipedia) The method used in the doctor's office is the digitally computer guided surgical placement of implants which is the latest most up-to-date method of placing implants with absolutely precision and accuracy offering predictable results.

Digitally assisted implant placement relies primarily on a CBCT digital CT scan and a digital patient's oral imprint, which are then both used to make a surgical 3D Printed guide that accurately guides the final surgical placement of dental implants. Modern digital imaging media offer not only accurate imaging of anatomical elements (nerves, blood vessels and morphology of bones and soft tissues, even cavities such as the sinuses) but also additional information such as bone quality and density that are essential information for the better selection of number, position and especially the prediction of the final prosthetic restoration (crown, bridge or denture). Digitally guided surgical implant placement allows in some cases even implant placement without even a gingival incision which means almost zero pain and much easier healing.

The whole process is done in two stages. On the first appointment, the implant (s) are placed and the gums are sutured (only if there is a need of an incision) . It is a routine procedure nowadays and for each implant it takes about 20 to 30 minutes. After a week the healing of the gums begins and after another the sutures are removed or self dissolve. In the next period, the implants should not be stressed, ie they should not undergo chewing forces. One and a half months later, an X-ray is performed to check the osseointegration process, during which the implant becomes intergrated with the bone of the upper or lower jaw.

After 3 months, another x-ray is taken and once the osseointegration is complete, a small incision is made and the so-called healing screw is placed on top of the implant, followed by a week of healing of the gums. A very small cylindrical metal head can be seen in the mouth and specifically at the point where the implants have been inserted. One week later, an imprint is taken and the process of final restoration of the missing tooth or teeth begins with the assistance of our dental laboratory. Usually after 5 working days, the crown (if it is a single implant) or the bridge is placed in the mouth and screwed permanently on the implant.

Finally, surgical extractions refer to cases of teeth and mainly wisdom teeth that are partially (semi-impacted) or completely covered by bone (impacted). They are surgeries performed under local anesthesia and averaging about half an hour.

Dental prosthetics or prosthodontics is the method of replacing missing teeth that have been lost or damaged with artificial teeth made of a metal frame on the inside and porcelain on the outside or made entirely of porcelain (E-max or Zirconia). In the case of restoring a single tooth, the prosthesis is called a crown while for more teeth we use the term bridge. For cases where many teeth are missing in one area of the mouth or all, there is also the removable prosthesis (complete or partial dentures). Such prostheses are used to rehabilitate chewing and/or improve aesthetics.

For the placement of a crown or girder, it is necessary to prepare the tooth (this is done with local anesthesia unless it is endodontically treated teeth ). At the end of the appointment, the patient leaves the office with a temporary acrylic (plastic) crown. Because at this point there is a step using the dental laboratory for the construction of a metal frame or porcelain core, it takes a few days between the first and the second appointment. At the second appointment, a fitment test takes place (if needed) and a few days later the final crown is delivered by the laboratory and placed in the patient's mouth with permanent adhesion (non removable). The choice of crown or bridge material has to do with the requirements for durability and aesthetics depending on the patient. The latest generation materials such as zirconium are ideal even in cases where we want to combine the best possible aesthetics with the durability of the classic solutions that use a metal frame inside.

For the placement of a crown or girder, it is necessary to grind the tooth peripherally around 1.5 to 2 mm and it is done with local anesthesia unless it is endodontically treated teeth (denervated). After the appointment, the patient leaves the office with a temporary acrylic (plastic) crown. Because at this point there is a laboratory step (dental laboratory) for the construction of a metal frame or porcelain core, it takes a few days between the first and the second appointment.At the second appointment, the so-called skeletal or nucleus rehearsal takes place and a few days later the final delivery is delivered by the laboratory and placed in the patient's mouth with permanent adhesion (real estate). The choice of rim or bridge material has to do with the requirements for durability and aesthetics depending on the incident. The latest generation materials such as zirconium are ideal even in cases where we want to combine the best possible aesthetics with the durability of the classic solutions that use a metal frame inside.

In the case of dentures (partial or complete dentures), some more appointments are needed because there are more laboratory steps between visits to the doctor's office. Dentures can be either made of metal frame with metal or thermoplastic transparent retentive brackets (this is the point of the denture that supports and rests on the teeth - brackets) and acrylic (plastic or metal) brackets and teeth made of acrylic. 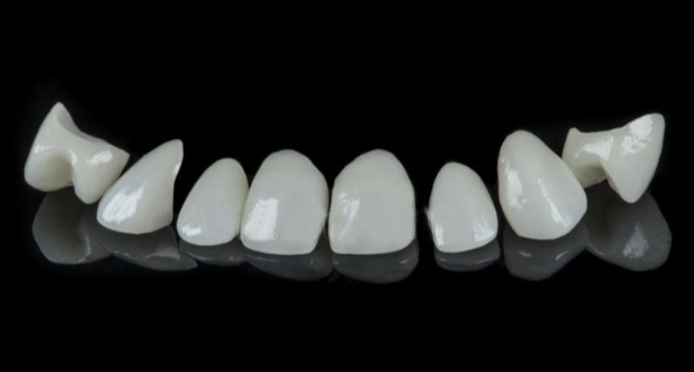 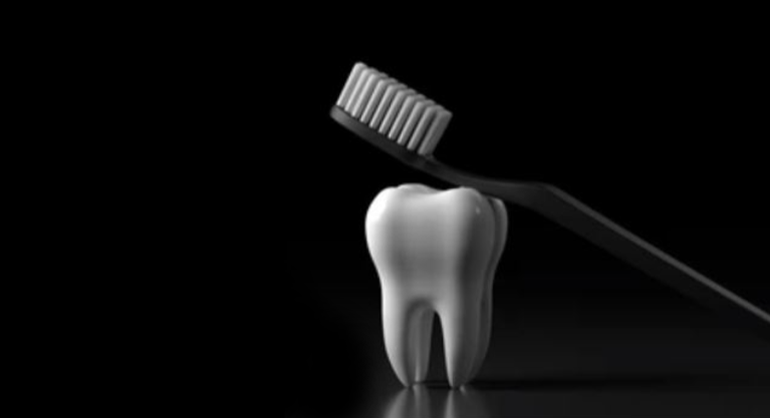 Resin composite fillings (seals) are the method of choice in the cases of tooth decay or fracture of a tooth surface. They are performed with local anesthesia and give excellent aesthetics with the final result not even standing out from the rest of the tooth both in color and in morphology and function.

Dental cleaning is the method of cleaning the teeth from surface pigments and tartar (stone) both in cases of superficial inflammation of the gums (gingivitis) and in cases of more advanced inflammation of the gums and bone that surrounds the teeth (periodontitis). In the second case, the root surface instrumentation, as it is scientifically called, is done in two or more appointments with local anesthesia.

Endodontic treatment is the treatment of choice in cases where the caries goes deeper into the tooth and reaches the pulp that is central and includes the vessels, nerves and lymphatic system of the tooth. It is essentially a surgery at a microscopic level utilizing a special technique and specialized equipment used to remove the pulp of the problematic tooth. This procedure prevents the extraction of the dead tooth.

Aesthetic dentistry includes medical procedures such as teeth whitening either in the doctor's office or with personalized splints (dentures) at home as well as composite resin and porcelain veneers.

Teeth whitening is a medical procedure that aims to remove stains from the teeth as well as to lighten the color of the teeth with whitening agents such as hydrogen peroxide or carbamide peroxide. In fact, hydrogen peroxide is about three times more active than carbamide. Certain materials are activated with a special bleaching lamp but most are self-activating. The doctor uses 42% hydrogen peroxide while for home whitening a lower concentration is used such as 6%, 12% or 16% and is completed in two weeks with the material being placed in special teeth that he wears for about 7 hours every night in his sleep. the patient.

Studies after studies show a slightly better result in the end with home whitening splints since the material penetrates the tooth for a longer period of time. The combination of the two techniques ultimately shows the best possible result in the final color as well as the duration of the bleaching effect. However, because the material needs to make tiny holes in the enamel to penetrate the teeth, it is best not to whiten it more often than once a year to allow the enamel to return to its original state.

Composite resin or porcelain veneers are the process by which we can use composite resin or porcelain to correct the color, shape or size of the front teeth to create the ideal smile. It is an invasive method since the anterior surface of the teeth is ground, more (around 1-1.5 mm) in the case of porcelain veneers. Porcelain veneers are also more durable over time as the ceramic material does not change color and is more durable in the long run than the composite resin which after many years fills pores on the surface and absorbs pigments. With frequent polishing, however, they are easily restored to their original state. 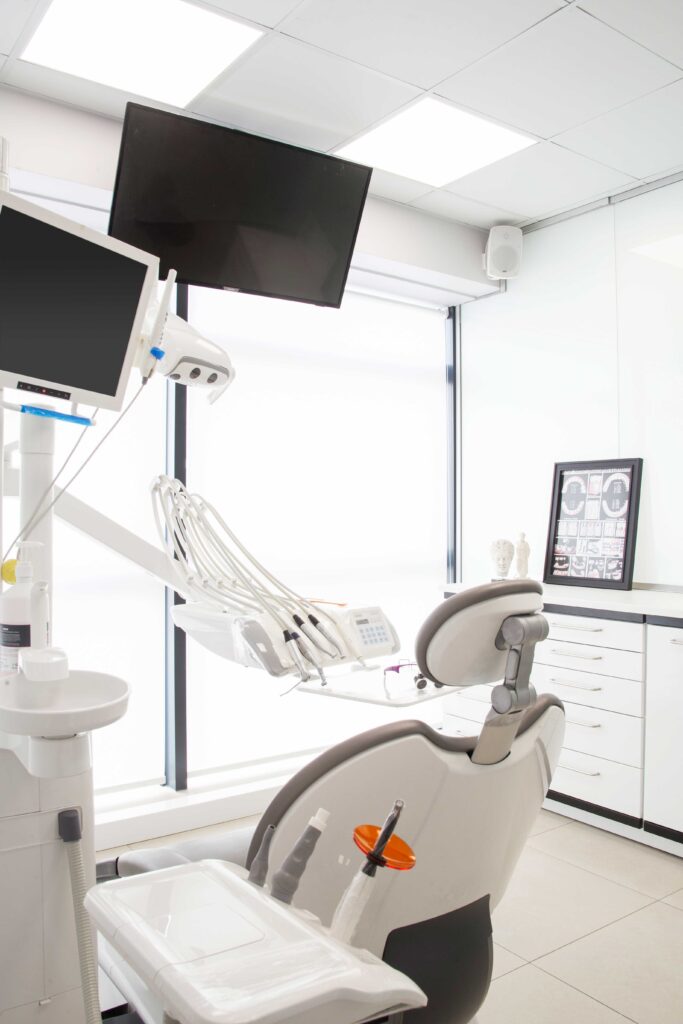 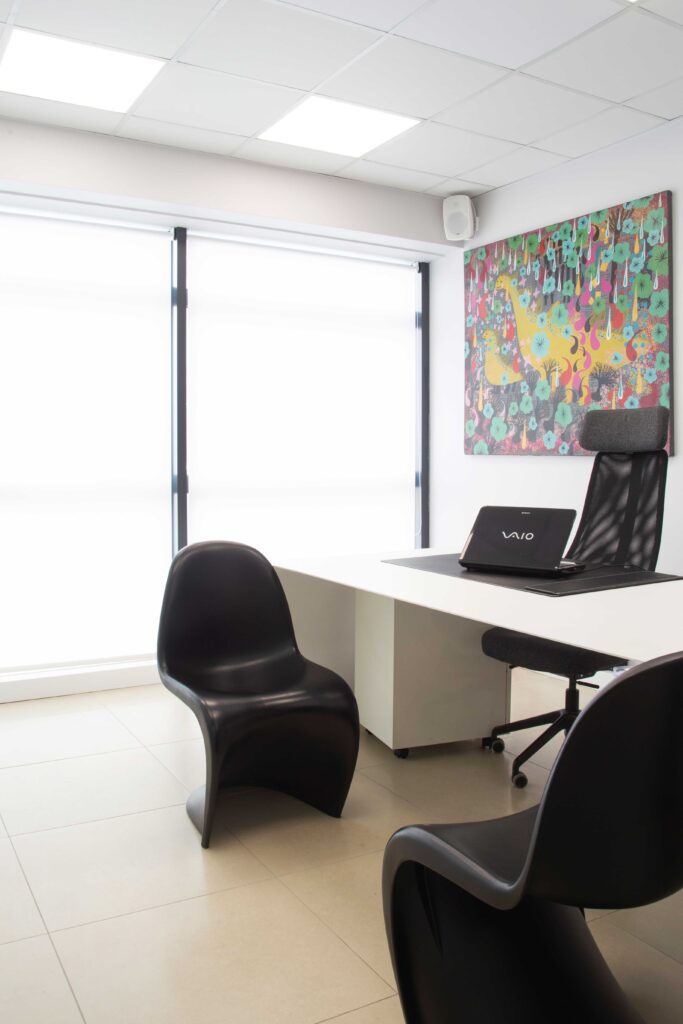 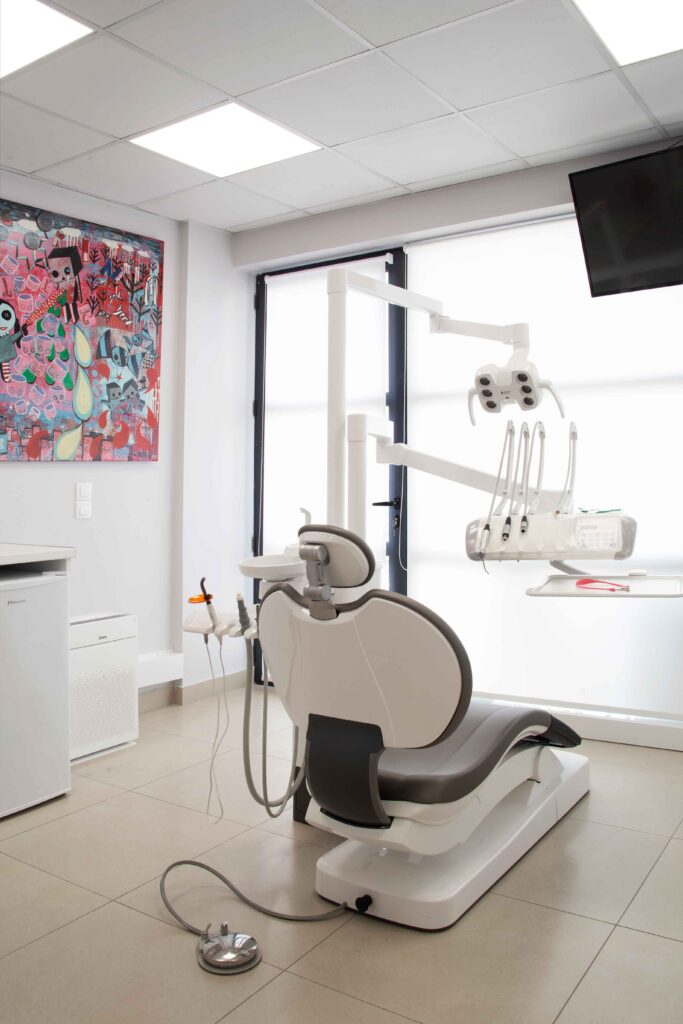